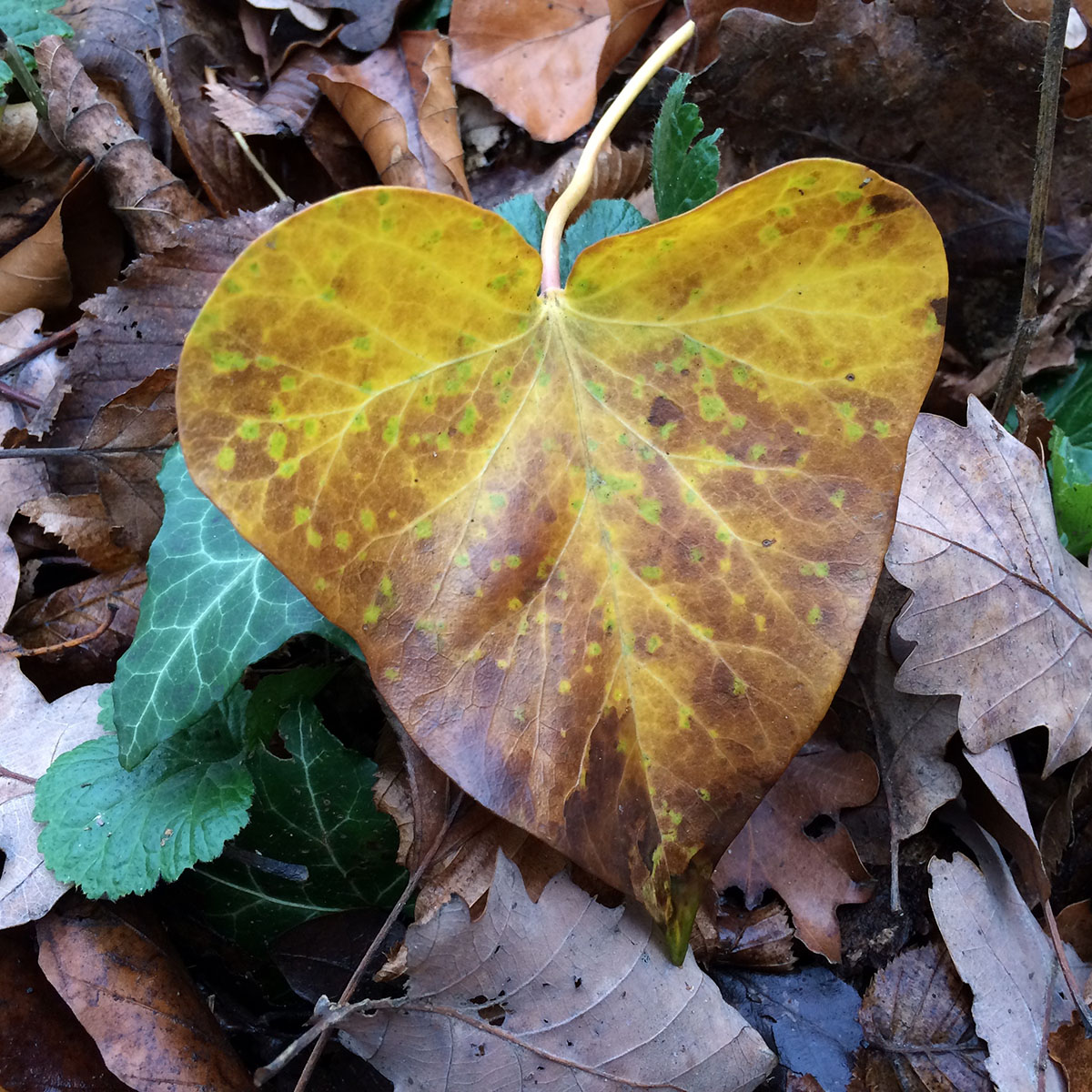 My whole life I had always searched, and looked, and listened to others, hoping to find “the cure” to release me, someone to answer the burning questions that have always been troubling me. One day, “the day. I stopped. Fighting” the answer came out of nowhere, and in this case beginning to lead everywhere:

The idea of the “The-day-I-stopped-fighting” just popped up all of a sudden as I was out on a walk with our dog. It’s been one of those afternoons at the beginning of October. Summer had clearly gone, and autumn was in the air, but the leafs hadn’t turned into their bright red and yellow yet. The sky was still blue, but the winds had changed. There was a chill in the air, and that certain smell of moist and mushrooms spread over a wooden carpet underneath my booted feet.

And I realized that at that moment everything was just perfect. Not that kind of “perfect” that demands for an exclamation mark at the end, but rather a simple dot.

Not some sort of screaming, yelling, extraordinary quality “perfect”, but one of great simplicity and humbleness.

That sort of perfect moment one may have experienced as a child just after having woken up in the morning, and the house was still quiet, and there was no urge to leave the warm, cosy bed too soon; Except for a warm breeze coming through the open window, just enough to gently move the curtains. With the first rays of sunlight leaving elaborate reflections along the bedside wall, indicating the rise of another day (This is the time before cell phone alarms, computer screens that are always switched on, tablets on the bedside tables instead of books, even before microwaves and macro-electromyography).

Or like walking barefoot through soft, green grass, feeling a slight tickle in between the toes. And one could just go on forever. There is no destination to reach, and no race to be won – the only impulse to go further is from that archaic desire to feel the earth underneath one’s feet, and to move slowly forwards. As this was the only way one could really feel, sense and experience the mere joy of being able to walk upright. With the head held high. Not crawling on all fours, not being wheeled around in a wheelchair, not being strapped to a bed – not yet. And in the silence that follows one could suddenly feel the breathing always happening inside, but at this moment it felt like a pure blessing to be alive.

That day-I-stopped-fighting I suddenly received a request to stop. What I was doing, and what I was becoming as I was doing it.

And instead settle into the unpredictable, the uncertain, the unsteady, the unconfident, the unreliable, the unsafe, and all the other “un-s” and downs life as a matter always seems to provide for us. Setting the earth on fire, and drowning us in tears. Bringing us down onto our knees, and lifting us up again in order for us to be able to see that we simply have no defence against that mysterious adventure we have once been born into.

We might get bruised, and baffled, and heart-broken, because somehow gradually and unconsciously we had adopted this strange idea that we are only going to be loved and accepted for showing extraordinary strengths, powers, and all-encompassing confidence.

Yet in reality no decent relationship or friendship was ever based on these qualities. And the same is true for work and all other matters we so vigorously try to obtain. Even though we might be granted recognition and respect, but in exchange lack loyalty and that sense of magic that occurs when we simply let go of that idea of perfection and impeccability, and instead courageously start to reveal our innate vulnerability, incompleteness, ineptness, and even awkwardness that make us all too human, and finally turn up at the gateway of life as vulnerability itself:

This clumsy living that moves lumbering
as if in ropes through what is not done,
reminds us of the awkward way the swan walks.

And to die, which is the letting go
of the ground we stand on and cling to every day,
is like the swan, when he nervously lets himself down
into the water, which receives him gaily
and which flows joyfully under
and after him, wave after wave,
while the swan, unmoving and marvellously calm,
is pleased to be carried, each moment more fully grown,
more like a king, further and further on.