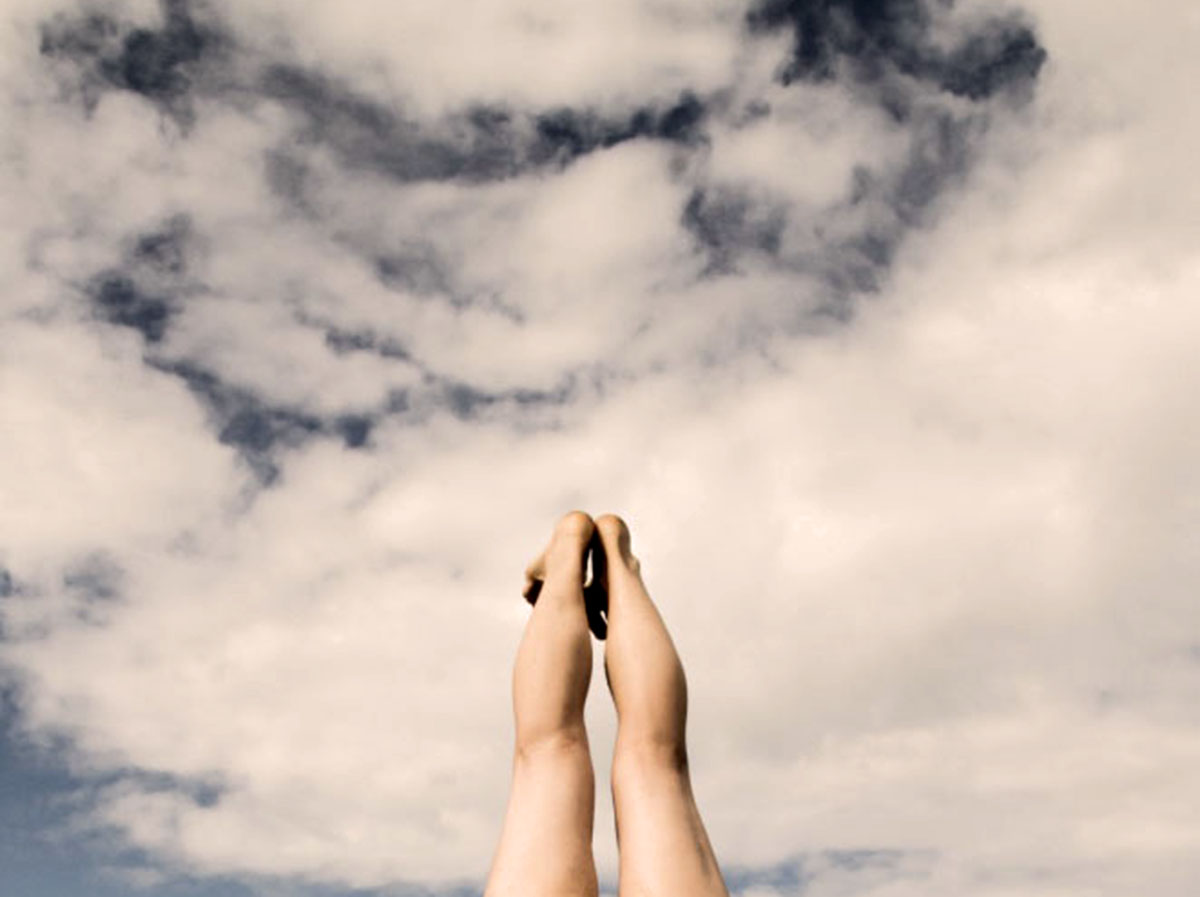 Every Man is a Builder of a Temple called His Body. – Henry David Thoreau

Lower back pain has a long history in my life. Over the years I got used to a sensation of stinging pain at the back of my pelvis to one side when I came out of a standing forward bend, twist, or when standing up after a long period of sitting. Pretty quickly I figured out its origin could be traced back to the sacrum, this large triangular bone at the base of the spine, which provides the gravitational center of our body around which we move, twist and turn. The two sacroiliac joints on either side are the junctions between the sacrum and the hip bones, and by their unique structure they allow the pelvis to keep us upright through the spine while the legs dynamically move. Sacroiliac pain is said to arise from postural stress on the joint either from pelvic torsion or tilting, or a general misalignment of the spine, for example from scoliosis which I had been diagnosed with years ago, but at that time had decided to ignore.

The general solution usually begins with balancing and stabilizing the hips and SI joints, but despite my best efforts of gearing my practice towards addressing those symptoms, my problems remained. Even worse, on top of the already existing common pain, I continued to develop even more tenderness and a deeper pain in the deep layers of my buttock muscles, running down all the way through the back of my thigh, and sometimes calf as well. Hamstring stretches seem to play an important role in relieving sciatica pain, and also stretching the piriformis muscle, for example in a simple half spinal twist (ardha matsyendrasana), but instead of finding relief from by now almost constant pain, my situation continued to get worse.

As I realized that my condition had by now reached a chronic stage, I decided to fix an appointment with a sports physician and orthopedics to get to the bottom of my persistent and nagging lower back pain. The symptoms I presented apparently led the doctor to search for a herniated disc in the lumbar spine, possibly pressing against the sciatic nerve, which then would add on to the problem of pain alone. Before I even knew he had me booked in for a MRI.

The doctor’s face when he came back with the result of the MRI didn’t give me much hope. In a fraction of a second all kind of thoughts crossed my mind before he even spoke, and what I heard, and what I saw as he flicked through the images presented on the computer screen, would have a bigger impact on me and my future life than I could have ever imagined.

After almost two decades of nagging, and one year of acute back pain, I was diagnosed with spinal stenosis in L3/4 and L4/5, along with pronounced lumbar arthritis that had advanced to a stage which is commonly seen in eighty-year-old patients, as my doctor explained, but not not in patients of my age group and fitness level.

Surgery at this point wasn’t an option, as it carried too many additional risks. Instead I agreed to initially have a Corticosteroid injection by having a steroid injected into my lower back to help inflammation go down. However, because of the side effects, they must be used sparingly – other solutions had to be found. Loosing weight wasn’t an option either, as I was already borderline of being too skinny. Practicing “good posture” and getting enough exercise were the next common recommendations to tick off the treatment list. To help me “tweak” my yoga routine my doctor recommended seeing a physical therapist. Additionally I decided to consult a chiropractor. Based on the research I did, I consulted one of the world-acclaimed McGill Method Providers, and I had great results from just one visit so far. Nevertheless, the impact on my practice was radical, and can briefly be outlined as such:

Pretty much without any premonition I had to completely reinvent and reconstruct my former yoga practice. And somewhere along the way something astonishing started to happen:

What I thought was the end turned out to only be the beginning of my yoga practice.

Generally speaking, but in my opinion especially true for the yoga world, we often build our practice and even our lives around certain core beliefs. To have these beliefs suddenly or gradually torn down by occurring illnesses, injuries, or simply the process of aging, requires to self-reflect and maybe even admit that a large part of our former reality is false. Our natural instinct for self-preservation, which too often prevents us from adjusting to newfound evidence or change in our body or generally in our life circumstances, in the end somehow catches up with us and has us pay the price. Here are the initial steps I took to prevent my identities about my yoga practice from overtaking me:

I. Do The Work Required

The debased phrases, especially around topics of alignment in asana practice, often ruminated in front of yoga students all over the world, are likely to be borrowed from acclaimed yoga teachers, and usually revolve around arguments that aren’t really falsifiable. In other words, there’s no way to prove whether their stand is right or wrong.

Still, we tend to give their opinions on the topic because we don’t feel the need to have any particular expertise on it. Even when our views are challenged, because our body responds with injury or pain, often for too long we dig our heels in and try to defend them. We essentially form strong opinions without giving any deep thought to them.

But not all bodies are equal. What works for one doesn’t necessarily work for the other. Even more, two people following exactly the same instruction can arrive at their final destination – in this case posture – in a completely different manner. The fact that every body and even more important every thinking mind behind it is unique makes all the difference because it determines whether we’re willing to remain open in our views in the face of new evidence concerning our health or wellbeing.

“Rather than having a strong opinion, we should thrive to remain open”

This process of gathering as much information as I could, but then undertaking the process of open-mindedly reassessing and weeding out, prevented me from over-identifying with a fixed position about what my present and future yoga practice should look like because I experienced and saw the merits of contrary opinions. It stopped me from viewing my highly nuanced and incomparably individual body with a grayscale lens which was limited to other peoples opinions of “right” and “wrong”, “do”s and “don’t”s, and many other religious-like repeatedly quoted yoga pose adjustments and phrases I suddenly seemed to have outgrown.

A teacher’s opinion, a lineage or a yoga school becomes part of our identity often because we become “over-invested” in it. Ironically, the best way to keep your identity small is to enter multiple realms.

If the only identity you have is that of a being an “Ashtangi” or “Jivamukti”, it’s terrifying to think about not being a vinyasa style practitioner. The same is true for all the other schools of yoga – humans and as it seems also, or maybe especially yogis/inis require a sense of identity to thrive. How will you know who you are if you stopped doing what “they” were and are still doing? How can you relate to other people – your tribe – without identifying with that special kind of practice?

On the other hand, wouldn’t you be less threatened if you could see yourself as so much more than a “yogic activist”. Skepticism or even criticisms of another lineage or school don’t matter as much if you continue to practice with a “beginners mind”. Your sense of self then isn’t based on certain postures or practices, but remains curious and open. That makes it easier to consider a different practice or even change it completely because it doesn’t threaten your identity.

Diversifying makes sure that you won’t commit and defend a position or posture (= asana) simply because it’s so tied to your identity. It stops you from attaching a label to yourself.

I strongly believe in the interconnectedness of all things. We sometimes don’t have to look very far to suddenly realize that seemingly opposing fields, instead of being poles apart, in fact come to the same conclusions on different matter.  Paul Graham, an English born computer scientist, entrepreneur, venture capitalist, author, and blogger says:

When experts are wrong,
it’s often because they’re experts on an earlier version of the world.

And it’s as simple as this: The world isn’t static. And certainly the yoga which originated approximately 5000 years ago isn’t supposed to be either. There are new medical and scientific discoveries to underline and to give proof of what the ancient yogis already knew. But also to offer us another and maybe equally accurate representation of the human body and world. New inventions in the medical field open up another perspective on the complexity of the human body, and allows us other, if not at times even better ways of doing something we always thought we had mastered. Especially when we start to experience pain in our practice, opinions that were perfectly valid yesterday might cease to be correct tomorrow.

Let me borrow another insight from the world’s economy: It’s the startups that usually have extraordinary incentives for correcting obsolete beliefs. Ultimately there is a huge amount of money to be made for coming up with a new paradigm. I believe it’s similar for us yogi/inis:

Most of us gain confidence in our beliefs over time. The thought is that the longer a belief survives, the less likely it is false. We call this experience. – Louis Chew

So here’s to a paradigm shift in your yoga practice: // Challenge the status quo. Constantly seek to disconfirm ostensible evidence. Have strong opinions, but hold them loosely. And finally, avoid becoming a “prisoner” of someone else’s and even your own expertise.

Only when you allow your body to be the supreme authority over your practice, you’ll restrain from attaching your identity to a fixed position, and consequently remain healthy on and off the mat.