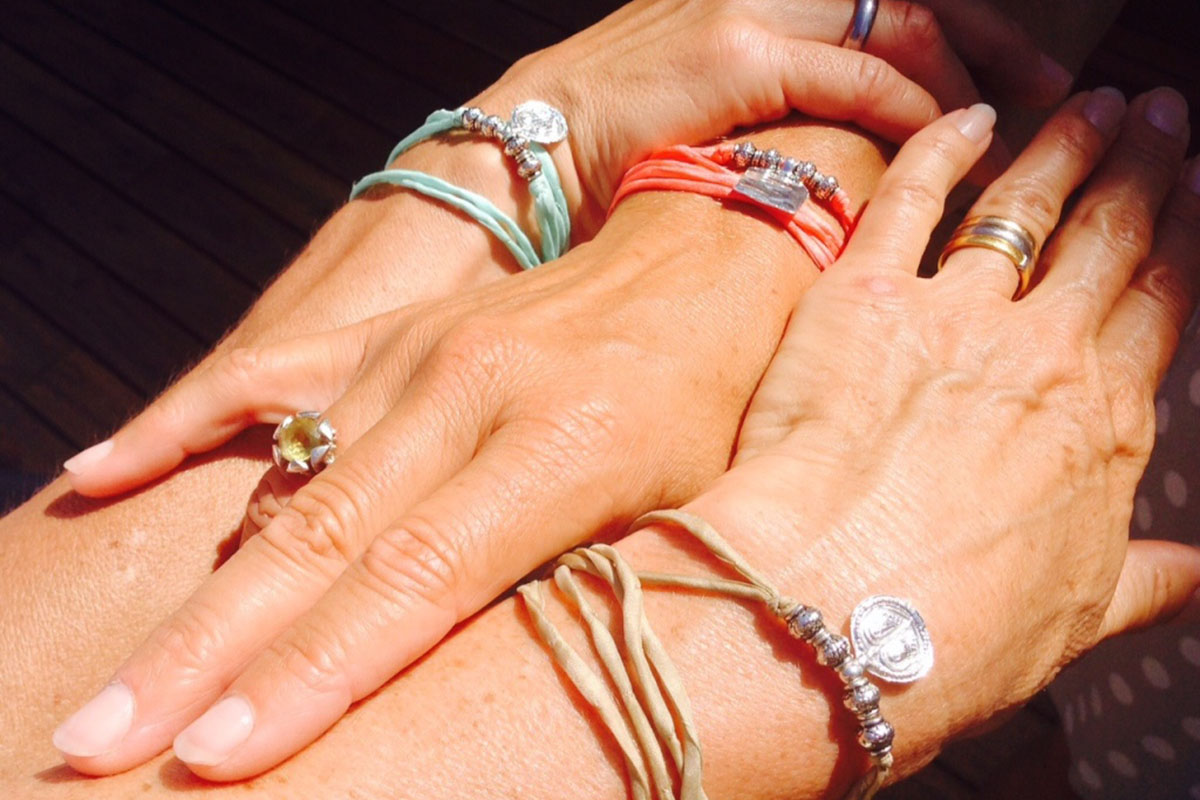 I have just returned from a wonderful retreat with two very inspiring teachers Sonia Bach and Sadie Nardini in Santorini, Greece. Sadly I missed the introductory yoga class due to my flight schedule, but Sonia and Sadie had centred their teachings around what they called ‘Stoke your Fire’. As we were literally sitting on top of a volcano, this totally made sense, and I can tell you – the fire inside me was lit within the following seven days!

Most mornings we started with an opening circle, which provided the opportunity to share and discuss things that might have come up during the retreat. Part of the procedure reflecting on one single question, we were invited to answer either just for ourselves or speak out loud in front of the other participants. This resonated with one of the definitions I have found to be at the heart of all yoga practices:

“Yoga is the art of asking the right questions.”

One interesting question you might ask yourself every time you come to your mat is: “Why are you here?” (I believe this could have been one of the questions at the beginning of the retreat). Another illuminating question by Sadie was: “What’s standing in your way to prevent yourself from coming into your fullest potential?” I have asked myself this question over and over again, and finally have been able to name it clearly (I will talk about that in more detail later).

On day four Sadie asked an enlightening question that sounded something like this: “If there were no ‘if’s or ‘how’s or ‘why’s or ‘maybe’s – what would your life look like right now?”

This was the first day I spoke out loud because the answer really struck me, and I heard myself saying: “I would be f*cking creative and productive!”… The moment those words came over my lips I simultaneously felt a rising sadness for countless possibilities I hadn’t grabbed so far, and at the same time my inner fire being re-ignited right at the core. At this point I realized that I had come to a turning point in my life: I finally had figured out what was constantly standing in my way. Fear!

For the last couple of months since I finished my yoga therapy training in London I had moved myself into a place of self-implied ‘retreat’ and started a process of inner inquiry, which I initially found necessary to distance myself from everything I had left behind and in order to adapt to the very different situation I had found ‘back home’.

Important parts of my ‘old’ life had receded into the distance – precious friendships, the sweet possibility to teach in front of a larger group of students at an established yoga studio in the heart of Cambridge (Camyoga), which had provided me more than the opportunity to merely teach. Instead it had allowed me to mature as a teacher and gradually gain confidence along the way.

But most importantly I realized that I had lost that comfortable state of being a perfect stranger in a foreign country, which unconsciously had served me as some sort of ‘protective suit’ standing firmly as a barrier between me and the mistakes I was undoubtedly going to make. Having lost this ‘shield’ on my return (to what was supposed ‘home’, but didn’t feel like any of it anymore), I found myself withdrawing from countless opportunities, and thereby ‘dimming’ my inner fire until it had almost vanished. I ended up feeling quite lonely, disempowered, and frustrated from running head first into what seemed too many closed doors.

Asking myself this simple question: “If there were no ‘if’s, or ‘how’s or ‘why’s, or ‘maybe’s’ – what would your life look like right now?”, instead of getting entangled in a less than fruitful inner conversation, I could see everything as an an invitation to begin the process of re-organizing and harmonizing with who I was at (what Sadie referred to as) “the CORE”. Instead of allowing myself to be ‘flooded’ with endless strings of sentences and thoughts, I could let the mind back off a bit, start to feel, and connect with that inner space, and start to live directly from that place. Relax into it. Listen inwardly. Find my truth.

Dig it out and bring it to the surface by expressing it fully, fearlessly and unmistakably. Not being afraid to be rejected. Respecting that I might attract as well as repel people, but staying truthful to my innermost self (that place that Sadie calls ‘Shakti’).

So here’s what I want to say to you: Don’t be afraid of making mistakes, especially when you’re confronted with a new situation. Forget about trying to be faultless. Instead allow yourself to make as many mistakes as there might be, and try to learn from them – they will propel you forward in whatever you’re attempting.

Stay on your highest vibration and dance on top of the volcano (You don’t have to travel to Santorini to ‘ignite’ your inner fire. All you need to do is to “uncover and rediscover what’s already burning inside of you, and give it the conditions to burn brighter“– Sadie Nardini).

So next time when you come to your yoga mat, before you start your practice, ask yourself this question – “Why are you here?”, be open, listen inwardly, and just see what you receive as an answer. Then attune the intensity, pace and focus of your practice in accordance to what you received.

Let yourself be surprised by how much deeper and meaningful your practice will become!